Our Company » Board of Directors 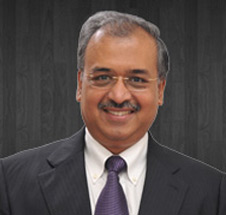 Mr. Shanghvi is also the founder of Sun Pharmaceutical Industries Ltd. and Chairman of the Shantilal Shanghvi Foundation. He holds a B.Com degree from the University of Calcutta. 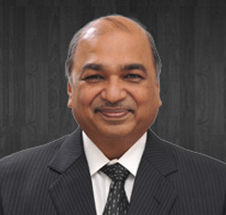 Mr. Sudhir V. Valia is a Member of the Institute of Chartered Accountants of India and carries more than three decades of experience in taxation and finance. He has been a director of Sun Pharma since the inception of the company and is also on the board of Taro Pharmaceuticals Ltd.

Mr. Valia has won CNBC TV18's CFO of the Year award in the Pharmaceutical and Healthcare Sectors for two consecutive years (2011 and 2012). He has also been awarded the Adivasi Sevak Puraskar (2008-09) by the Government of Maharashtra for his contribution towards the welfare of tribals, particularly in the field of education in his capacity as Director of the Shantilal Shanghvi Foundation. 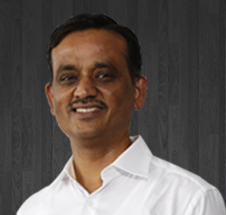 Dr Rajamannar worked from 1990 to 1993 as a Scientist working in Organic Chemistry for SPIC Science Foundation in Chennai, India.

He started his career at Sun Pharma Advanced Research Centre in Baroda as Head of Organic Synthesis from 1993, & initiated in 2000 Drug Discovery programme. His group developed Processes for more than 200 APIs, Novel synthetic routes and Polymorphs, with medicinal chemistry in Allergy and Inflammation.

3 NCEs developed by his team are in various phases of clinical trials, in the area of Inflammation, Oncology & Immunology. Expected to have significant benefits and addressing unmet medical needs.

Dr Rajamannar was a Council Member of Chemical Research Society of India (CRSI) and National Organic Symposium Trust (NOST). He delivered several lectures at National and International conferences. He was a Faculty for Ph.D Course work programme in Organic Chemistry at NCL, Pune, also a Programme Advisory Committee (PAC) member of DST-SERB [Science & Engineering Research Board]. Invited to be an Expert Review Panel Member for the academic dept of chemistry of IIT, Chennai (2013) and Delhi (2014). CSIR Award from 1983 to 1988.

Dr Rajamannar has filed about 200 patents and has 29 publications in International journals. 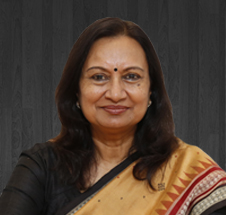 Bhavna Doshi, independent director of the Company, has experience of over 30 years in the fields of taxation, accounting, restructuring and allied subjects. She is a qualified chartered accountant and also holds Masters Degree in Commerce from Mumbai University.

She is former partner of full member firm of KPMG in India. She is serving as independent director on the boards of several listed companies. She is actively associated with activities of Institute of Chartered Accountants of India and has served for four terms as elected Member of the Council and participated in formulation of accounting standards and research projects.

She is the only person from India to serve as a Member of the Compliance Advisory Panel of the International Federation of Accountants headquartered in New York. She has served on the Government Accounting Standards Advisory Board constituted by Comptroller and Auditor General of India.

Doshi was the President of the Indian Merchants' Chamber (IMC), a leading trade and industry Chamber in 2011-12. She also served as President of Ladies' Wing of the Chamber which works towards women empowerment. She has served as member of committees of CII and ASSOCHAM and was also a member of Group constituted by the Tax Administration Reforms Commission chaired by Parthasarathy Shome in 2014. She is also associated with various social sector projects. 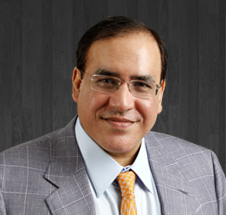 Ferzaan Engineer, PhD, is Co-founder and Chairman of Cytecare Hospitals Pvt Ltd. He also serves as Co-founder and Jt. Chairman of Medwell Ventures Pvt Ltd, a company offering home healthcare services under the Nightingales brand. He is also a Director on the Board of Cytespace Research Pvt Ltd. Until 2010, Ferzaan served as CEO of Quintiles Research (India) Pvt Ltd and was a member of the Asia-Pacific Management Board of Quintiles. He has also served on the Board of Cenduit LLC. He is a Mentor at Escape Velocity Accelerator in Bangalore. A pharmacy graduate from the LM College in Ahmedabad, Ferzaan completed his PhD in Pharmaceutical Sciences from the College of Pharmacy at the University of South Carolina (USA). He attended executive management programmes at the Kenan-Flagler Business School (USA), IIMA (India) and INSEAD (France).

Ferzaan previously worked as Assistant Professor of Pharmaceutical Sciences in the United States, followed by an industry position as R&D head for Core Healthcare. Ferzaan has been a member of professional bodies such as AAPS and AACP. He received the AACP New Investigator’s Award in 1990 and received research grants from the National Institutes of Health, USA. He has published papers in leading international journals and lectured at several international conferences and at management schools. He has served on the Advisory Board of the Indian Society for Clinical Research (ISCR) and has been a member of the CII National Committee on Drugs and Pharmaceuticals and the FICCI Pharmaceuticals and Biotechnology Committee.

Mark Simon is the co-founder of Torreya Partners where he leads the firms Biotech Advisory team and was recently involved in Compugen's $500mm+ oncology immunotherapy partnership with Bayer (2013). Mark continues to be highly active in advising a number of scientifically-oriented biotechnology Companies, typically making recommendations that involve a long-term, scientifically oriented perspective.

Mark has over 30 years of experience advising life sciences companies and has worked on over 175 financing, licensing, and M&A transactions with a value in excess of $50 billion.

Before co-founding Torreya, Mark was a Managing Director and the Head of Life Sciences Investment Banking at Citigroup where he was involved with a team of 100 professionals. In his role, Mark was also involved in expanding Citigroup's global life sciences coverage in Europe and Japan. Before joining Citigroup, Mark spent a decade of his career at Robertson Stephens, where he mainly covered biotech sector and raised 45% of all biotech dollars and managed or co-managed 20% of all transactions from 1999 to 2001, making the Life Sciences franchise the No.1 revenue producer among the 7 industry groups at the firm.

Before moving into Investment Banking, Mark was a senior research analyst covering biotech industry at the firm where he was a Wall Street All-Star Analyst three years in a row. Mark began his career as a research associate at Kidder Peabody in New York covering biotech and healthcare services industries.

Mark holds a BA from Columbia College and a MBA from Harvard Business School.

Mark is a registered representative with Financial West Group.